We are delighted to share with you some of the wonderful events happening at the Rachel Barton Pine (RBP) Foundation: the beautiful instruments which have joined our collection through donations and loans, as well as the accomplishments of our young artist recipients. We are especially pleased to have this opportunity to thank all of our supporters – your generosity is making a big difference in the lives of these musicians and their audiences, and is helping to ensure the future of highest quality string instrument performance.

In 2001, the RBP Foundation received the gift of its first instrument, a violin by Vincenzo Sannino, c.1920. Between 2002 and 2006, the violin was loaned to high schooler Susie Kim, a student of Roland and Almita Vamos.During this time, Susie won first prize in the 2004 Women’s Association of the Minnesota Symphony Orchestra competition, first prize in the 2004 Junior Strings division of the Union League Civic and Arts Foundation Scholarship Awards, and first prize in the 2005 Chicago Symphony Orchestra Youth Auditions. In Spring 2006, she made her debut as soloist with the Chicago Symphony. Her radio appearances included McGraw-Hill’s Young Artist Showcase, broadcasted on WQXR in New York, WFMT’s Young Artists Series, and Public Radio International’s From the Top.

The next recipient for the Sannino violin will be 14-year-old Hulda Jonsdóttir from Iceland. RBP Foundation President Rachel Barton Pine met Hulda during her recent trip to that country, and was impressed with her talent, accomplishment, and commitment to six hours a day of practice. Hulda is considered by her teacher Guðný Guðmundsdóttir to be one of the most gifted violinists ever to emerge from Iceland. She will make her debut with the Iceland Symphony this fall, and we look forward to her many future achievements.

Since 2003, Eric Nowlin has been borrowing a viola by Matteo Goffriller, 1700, on generous loan from its owner. At the age of 26, Eric has already performed extensively throughout the United States as well as abroad. His numerous awards include first prize in the 2003 Irving M. Klein International String Competition in San Francisco. Eric is also the winner of the Juilliard viola concerto competition, which granted him the opportunity to perform Hindemith’s Konzertmusik with the Juilliard Orchestra in New York’s Alice Tully Hall. His award of a Career Grant from the RBP Foundation led to a 2005 appearance on the Dame Myra Hess Memorial Concerts broadcast on national radio. He will give another recital for this series on September 13, 2006. Eric has toured nationally with Musicians from Marlboro and Musicians from Ravinia’s Steans Institute. Other recent performances include solo engagements with orchestras in California, the Midwest, and Japan; recitals in Mexico and San Francisco; and chamber music concerts in Italy. Active in New York, Eric regularly performs with the Jupiter Players and the New York Philharmonic and is a founding member of the innovative contemporary music ensemble Project One. He received his bachelor’s and master’s degrees as a scholarship student of Samuel Rhodes at the Juilliard School.

We recently arranged for the six-month loan of a violin by Pietro Giacomo Rogeri, 1721, to 27-year-old Yang Xu. Yang was introduced to the RBP Foundation by his current teacher, concert violinist Midori. Before enrolling at University of Southern California, he earned a master’s degree from the Juilliard School, a bachelor’s degree from Oberlin Conservatory, and also attended the Shanghai Conservatory. Yang holds prizes from many international violin competitions: Yehudi Menuhin, Henryk Szeryng, Irving Klein, Novosibirsk, and Kloster Schontal. Most recently, he was named the grand prize winner of the Sorantin International Award for young artists. He will be using the Rogeri violin to enter the prestigious Indianapolis and Wieniawski international competitions this fall. We are very grateful to the owner of this beautiful instrument.

When violinist Adé Williams was just seven-and-a-half years old, we arranged for the loan of a half-size violin by Michael Puzak and a half-size bow by William H. Lee through the generosity of William Harris Lee & Company. Her accomplishments in the subsequent twelve months were numerous. She won the Early Music Category of the Walgreens National Concerto Competition’s Junior Open Division, became the first recipient of the William Warfield Memorial Scholarship at the Music Institute of Chicago, won the Junior Division of the Sigma Alpha Iota String Camp Scholarship Competition, was a featured performer at the 14th Annual Trumpet Awards in Atlanta, became assistant concertmaster of the Chicago Youth Symphony’s Debut Orchestra, and performed as soloist with the South Side Family Chamber Orchestra. (She had previously made her debut with the Chicago Sinfonietta as that group’s youngest ever soloist at the age of six!) As a chamber musician, her performance schedule with the SugarStrings string quartet is busier than many artists twice her age. This summer, Adé celebrated her 9th birthday and attended the Triada Music Festival in Vermont with her teacher Marko Dreher.

In February 2005, 13-year-old violist Rachel Goldberg became the 1st Place Junior Division Laureate of the Sphinx Competition, a national competition for Black and Latino string players. Her previous accomplishments include first prize in the 2004 Chicago Viola Society solo competition, and first prize in the junior division of the Harper College Young Artist Competition. In 2004, Rachel made her orchestral solo debut with the Harper Symphony Orchestra. In Spring 2005, the RBP Foundation arranged for the loan of a 1996 viola by Bronek Cison to Rachel. That fall, she performed as soloist with both the New World Symphony in Florida and the Camerata Chamber Orchestra in Illinois. In April 2006, she received the prestigious $10,000 Jack Kent Cooke Young Artist Award, allowing her to purchase her own viola. Though she is no longer an RBP Foundation recipient, we continue to applaud Rachel and follow her progress. Her upcoming performances include national public radio’s “From the Top,” Mostly Music at Northern Illinois University, and Chicago’s Music in the Loft series. Congratulations to Rachel and her teacher, Desiree Ruhstrat.

The Bronek Cison viola has now been loaned to 14-year-old Joshua Greer, a student of Robert Fisher. An active performer in the Chicago area, Joshua has just returned from his first summer at the Sphinx Performance Academy in Massachusetts. In February 2007, he will make his orchestral solo debut with the Highland Park Strings at Ravinia’s Martin Theater, performing the second movement of Chevalier de Meude-Monpas’s Concerto No. 1 in D Major.

In November 2004, we arranged for a 4-week loan of the 1718 “ex-Szekely” violin by Antonio Stradivari to 16-year-old violinist Hanah Stuart, a student of Roland and Almita Vamos. Hanah made her debut as soloist with the Chicago Youth Symphony in Chicago’s Orchestra Hall, performing the Violin Concerto by Erich Korngold.

In spring 2006, we received the gift of three instruments! A German violin by Ferron & Kroeplin was donated in loving memory of Nell Cammallarie by his wife and daughter. The first recipient of this instrument is 16-year-old Kristina Cooper, a member of the Chicago Youth Symphony and student of Terrance Oliveras-Gray at the People’s Music School.

A new violin by Charles Tucker was sent to us from the other side of the world – the country of Brunei on the island of Borneo! Now that it has been reassembled, we look forward to placing it with a deserving young artist.

Luthier Joseph Nagyvary has donated a 1994 viola. (For more information about Joseph Nagyvary, please visit www.nagyvaryviolins.com.) This instrument will go to our newest recipient, 14-year-old Nina Johnson, who has given numerous concerts with the SugarStrings string quartet, including a recent performance of the National Anthem for the WNBA Chicago Sky. She has just returned from the Triada Music Festival in Vermont and will join the Midwest Young Artists orchestra this fall.

We are very grateful for the generosity of the Cammallaries, Charles Tucker, and Joseph Nagyvary.

Having a top-quality bow is just as important as having a great violin, viola, or cello! Twenty-five-year-old Ari Þór Vilhjálmsson was the recipient of an antique French violin bow by Victor Fetique from 2002-2006. During this time, he studied in Chicago with Roland and Almita Vamos while participating in the Civic Orchestra, and completed undergraduate studies at the University of Illinois at Champaign-Urbana with Sibbi Bernhardsson. While at the U. of I., he won the Paul Rolland Undergraduate Violin Competition. His gave his debut recital in Iceland in 2004, and subsequently recorded two Mozart Sonatas for Iceland National Radio. In 2005, he performed the Beethoven Violin Concerto in his native Iceland with the Reykjavik Young People’s Orchestra, and performed the Brahms Violin Concerto with the University of Illinois Symphony as winner of the School of Music Concerto Competition. He served for three consecutive years as concertmaster of Orkester Norden, a summer orchestra comprised of students from Scandinavian conservatories, under the direction of Maestros Esa-Pekka Salonen and Mark Wigglesworth. In the same year, he was nominated as “best classical performer” by the Iceland Music Awards. Ari furthered his studies at New England Conservatory studying with Lucy Stoltzman until June 2006 when he won the coveted position of Assistant Principal Second Violin of the Iceland Symphony Orchestra. This new job has allowed him to purchase a bow of his own. The Fetique will be passed on to Hulda Jonsdóttir.

Twenty-two-year-old Genea Cainion is the recipient of a violin bow by Charles Nicolas Bazin, c. 1900. A native of Milwaukee, she was graduated in 2006 from the University of Wisconsin-Milwaukee where she studied with Bernard Zinck. Genea will be continuing her studies in Chicago this fall.

WE NEED YOUR HELP!

We frequently hear from young artists who are struggling to learn and perform with instruments inadequate for their needs. Our most recent requests include:

Please let us know if you, or anyone you know, may be able to help any of these deserving musicians. We would be delighted to discuss the arrangement of a loaned instrument, the acceptance of a donated instrument, or the purchase of a new or antique instrument.

We would like to give a special thank you to the violin shops which have helped us care for our instruments: Carl Becker & Son and William Harris Lee & Company. We are very grateful to Shar Music for their donation of instrument cases. We would also like to extend our most heartfelt appreciation to Mitzi Friedheim for her support. 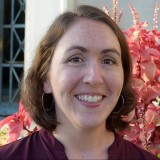